We propose a flexible semi-parametric model of beliefs about macroeconomic outcomes that nests rational expectations, shallow reasoning, cognitive discounting, and adaptive learning among others. Under some restrictions on heterogeneity in beliefs, our framework is tractable in general equilibrium models with rich microeconomic heterogeneity. As an application, we study the power of state-dependent unemployment insurance (UI) in stabilizing short-run fluctuations. Managing expectations is key in this application because higher UI generosity raises consumption, partly, by reducing precautionary saving. If the policy is implemented as a contingent rule that indexes benefits to the unemployment rate, households have to forecast it to anticipate the policy stance. First, we quantify beliefs about the unemployment rate using systematic forecast errors from the Survey of Professional Forecasters. Second, we assign the estimated model of belief formation to households in a quantitative Heterogeneous Agent New Keynesian model with search frictions. We find large efficiency loss, in terms of output stabilization, due to imperfect anticipation of higher benefits.

Spousal Insurance and the Amplification of Business Cycles

I develop a Heterogeneous Agent New Keynesian model with dual-earner households that offers new insights into the role of spousal labor supply at both the micro and the macro levels. The model matches existing microeconomic evidence on the response of household earnings and consumption to the job loss of the primary earner. Specifically, it implies that the average job loser suffers large income loss, only a small fraction of which is compensated by the spouse. Nevertheless, the model reveals that this low average spousal earnings response to job loss masks substantial benefits for consumption smoothing. Looking at the average income replaced by the spouse is misleading for two reasons: heterogeneity and interdependence between different margins of the adjustment. At the macro level, countercyclical labor supply of secondary earners can stabilize aggregate demand but it also crowds out primary earners searching for jobs. The model implies that the aggregate demand channel dominates, and spousal insurance is an effective automatic stabilizer. 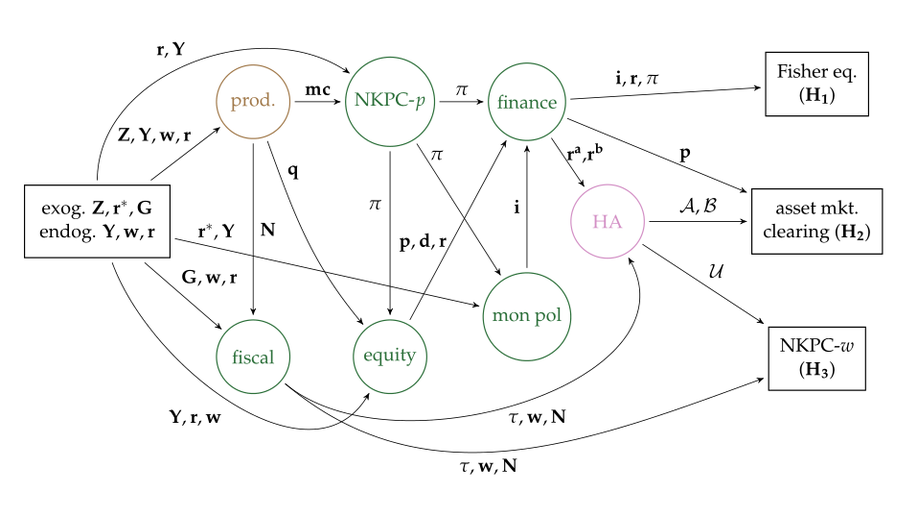 We propose a general and highly efficient method for solving and estimating general equilibrium heterogeneous-agent models with aggregate shocks in discrete time. 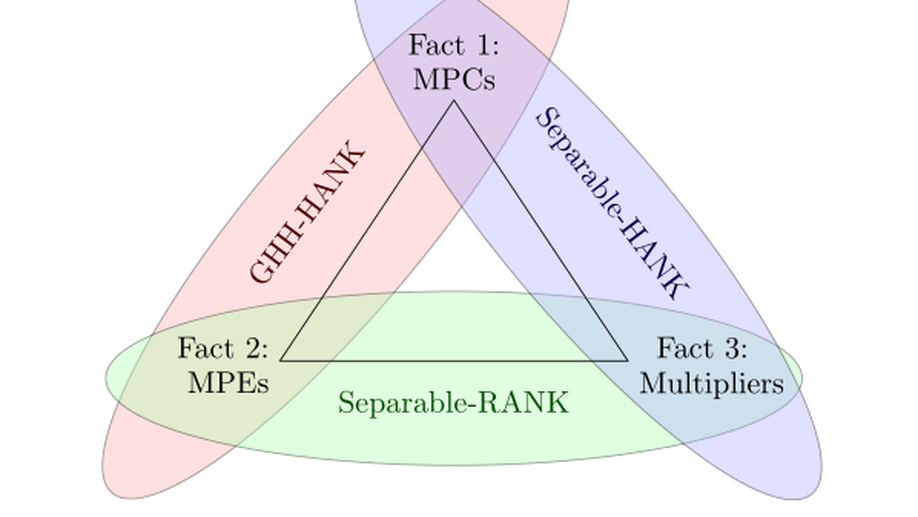 MPCs, MPEs, and Multipliers: A Trilemma for New Keynesian Models

We show that New Keynesian models with frictionless labor supply face a challenge: given standard parameters, they cannot simultaneously match plausible estimates of marginal propen- sities to consume (MPCs), marginal propensities to earn (MPEs), and fiscal multipliers. A HANK model with sticky wages provides a solution to this trilemma.